I am happy to advise the gambling industry with regard to the actions they should taking and I shall do it for free.
Ban VIP rooms.
Ban advertising.
Pay a statutory levy.
Ban loot boxes.
Ban gambling in debt.
And the list goes on. https://t.co/4ta1ckSKDW

The Fall of a Champion?

For decades, the UK gambling industry circled the ring as a heavyweight champion. It flexed its muscles and dealt knockout punches to anyone that might enter the ring. Everywhere you looked, you could see signs of its hulking presence.

But now, the years are starting to add up and the growth is becoming a liability. The industry has lost a step and opponents are taking note of its vulnerabilities.

Challengers that once couldn’t land a jab are starting to land a few body blows. With each one that connects, the confidence grows, and more line up to take a shot at the once-great champion.

Now, as shown in the Tweet above, MPs are jumping into the ring hoping to deliver the heroic knockout punch. Of all the challengers, they possess the greatest range of threats. Advertising bans, spending limits, and stake caps are just a few of the tools in their arsenal.

While the industry can survive this fury of body shots, it will undoubtedly come out of the fight with many cuts and bruises that it would otherwise wish to avoid.

I don’t see a complete collapse, but it surely won’t be the single-punch knockout artist of its youth.

Is This Our Future?

I highlight this and ask “Is this our future? Is this what we want?”

By studying the film, we can quickly identify that many of the body blows taken over the years were self-inflicted. They were quite obvious vulnerabilities that were ignored out of bravado.

As I look around at the USA gambling industry, it looks like a sure-thing to capture the championship belt. It’s young and growing stronger by the day.

However, I’ll be shocked if we are able to hold onto it for as long as the UK did. The tape is out there and challengers are more prepared for the fight. They’ve studied the film and have made the needed adjustments.

Time will tell if the industry has watched the film as well. So far, it’s not showing. 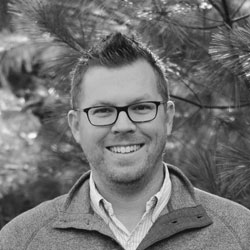 Jamie combined his professional background as a brand strategist with his experience as a former problem gambler to create dyve. He is also host of The After Gambling Podcast.